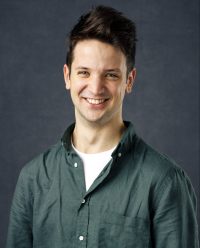 Tobias is an early career director, producer, and stage manager. Prior to the MA Drama Directing course at BOVTS (2021-2022), he trained in stage management at Royal Central School of Speech and Drama (2016-19). His creative projects are often site-responsive, multi-disciplinary, and visually led.

Tobias also works regularly as an Associate Producer for Waterperry Opera Festival. Recent productions for the festival include: The Elixir of Love; Hansel and Gretel; Peter and the Wolf; Quartet for the End of Time; Cosi Fan Tutte; Ariel; The Fairy Queen; and The Magic Flute.

Directors’ Festival: How My Light Is Spent

Protected: Visit opportunities for offer holders Watch a show and meet us in person