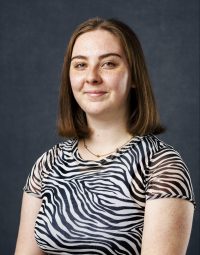 Miranda is a graduated student who specialised in Film and TV production at Christchurch studios in her final year. She undertook a work placement on ITV’s Period Drama ‘Sanditon’, assisting the Grip team. In her final term she worked as Lighting programmer and operator on Loam at Bristol Old Vic on the Main Stage which sent her back into the world of Theatre, at the same time as helping produce the end of year film screening for the film department. Immediately after graduating she joined the Bristol Hippodrome as a casual technician working as a stagehand on Les Misérables. Her goals are to gain as many skills as she can to become a well-rounded, multi-skilled theatre worker.

Credits Include: Dresser on Bat Out Of Hell, Local Stage Crew on Les Misérables (Bristol Hippodrome), Co-Producer on the End of Year Screening for BOVTS, Lighting Operator and Programmer on Loam (BOVTS Company), Grip/Spark on The Love Coach (BOVTV), Grip/Spark on The Disappointed (BOVTV), Spark on Sense Of Occasion, Grip/Spark on The Prang (BOVTV), ASM on Troilus and Cressida (Redgrave Theatre) 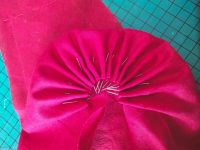