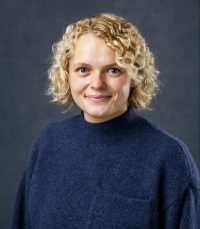 Hayley is a writer for stage and screen, currently completing her MA in Drama Writing from BOVTS. She graduated in 2019 with a first class honours in English literature and Theatre Studies from the University of Glasgow. Her first play Pillowtalk was placed on the John Byrne Award April 2019 shortlist and was produced the following year by Live Witness Theatre Company. Her first short film After Hours is due for release this year. A keen vocalist and songwriter, Hayley’s music can be heard on the soundtrack for BBC miniseries Float.