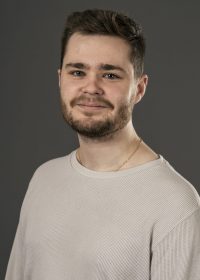 Georgie is a playwright, poet and screenwriter. He is an alumnus of Soho Theatre’s Writers Lab, HighTide Theatre’s Writers Group and Papatango’s South East Development scheme. He is currently the Literary Projects Manager for London Playwrights Blog, as well as co-founder and Artistic Director of the award-winning multi-arts company ChewBoy Productions, who are one of the Lion and Unicorn Theatre’s 2020 Associate Companies. Alongside writing, he also works freelance in script consultancy and developing new work, as well as leading creative writing projects with young people at venues such as Chichester Festival Theatre, where Georgie also worked in Digital Marketing for several years.

North of Providence and Dolores

Acting
Acting Courses Find the right acting course for you

About Us
The School’s Term Dates Term dates