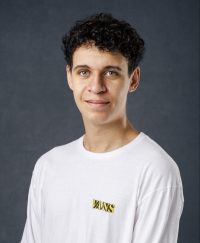 Elliot Paris-Hamilton is a final year studying at the Bristol Old Vic Theatre School, currently specialising in Sound Design. He has recently sound designed, and operated Catastrophe Bay performed at The Bristol Old Vic in June/July. He is currently working as a casual technician at the Bristol Hippodrome: since joining the company he has worked on productions such as Singing in the Rain, Dreamgirls, Chicago, The Lion, The Witch & The Wardrobe. Elliot mainly wants to specialise in Sound Design with a specific interest in mixing and operating.

Directors’ Festival: Girl in the Machine

Results 2022 We look forward to welcoming you!