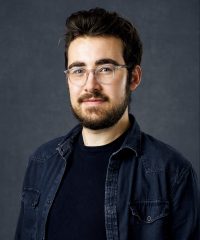 Cameron is training towards becoming a voice and dialect coach, as well as honing his skills working with his own voice as a performer. Cameron comes from a performance background, having worked professionally as a voice actor and VO artist for over two years before, working on a number of audiobooks, video games, radio dramas, commercials, animations and other voice projects.

Cameron loves working with accents and dialects, and specialises in the performance and coaching of a number of English language accents, including a range of Southern US accents, RP and General American.

Directors’ Festival: How My Light Is Spent