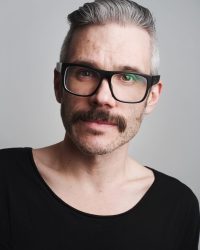 Stuart trained as a Director at the Bristol Old Vic Theatre School graduating in 2007, since then he has worked extensively in theatre and education.

Before joining the Bristol Old Vic Theatre School as Director of Studies, Stuart was Head of Curriculum and Quality at the Wilkes Academy, helping them write a new Musical Theatre degree.

Stuart was employed as Senior Youth Theatre Leader for Chichester Festival Theatre, setting the foundations for five new youth theatre groups in the West Sussex area. He also led numerous workshops for other drama teachers and practitioners in the area.

Stuart was a founding director for MT4uth, Northern Ireland’s first and foremost national musical theatre training company for young people. He was also a creative director for YMT, the largest provider of musical theatre in the UK,  writing and directing many different projects for the company. In his time with YMT he founded the New Writing Award, celebrating emerging musical theatre creatives.