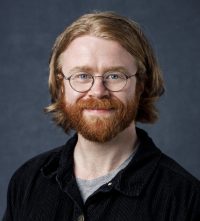 Nik is a Bristol-based director, who has worked extensively within the South-West. His practice lies in the development of new work (both devised and new writing), adaptation, engagement and the reimagining of classic plays for contemporary audiences.

Nik has held a number of building-based and organisational roles with the JMK (Director Practitioner), The Egg (Creative Associate and Creative Producer), Theatre Royal Plymouth (Staff Associate Director) and Tobacco Factory Theatres (Director-in-Residence), working extensively both as a director and as a mentor, producer and facilitator. He trained on the National Theatre Studio Directors Course and at Bristol Old Vic Theatre School. Nik was a BBC Performing Arts Fellow and is a recipient of the Equity John Fernald Award.

About Us
Staff & Governance Engaged and experienced staff