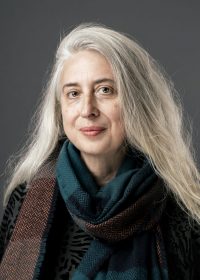 Mabel trained at the RSAMD.  Her MA in Performance Making and Methodology from Goldsmiths University sparked an interest in teaching and Actor training.

She has taught at East 15 and still teaches at BADA.  As an actress her extensive theatre career includes productions at The Young Vic, Donmar Warehouse and Southwark Playhouse as well as many regional reps.

Her work at The Traverse Theatre means she is on the first cast lists of several published plays, including plays by David Greig, Stephen Greenhorn, Simon Donald and David Harrower.  She has worked with many notable directors including John Tiffany, Tim Supple and Mathew Warchus.  Her classical work earned her Edinburgh Lyceum Award and an Ian Charleson NT Award.  She has made several new pieces of work in London, Hong Kong and in Edinburgh at The Fringe.  She curates a monthly performance night “ProperGanda” in Stoke Newington.