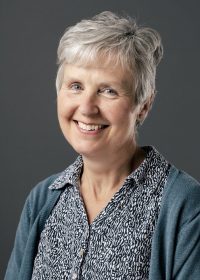 Following the completion of a three year BTEC Costume Making Course in Liverpool in 1985, Lois began her career as a sewing assistant at the RSC in Stratford upon Avon.

Lois began to work as a visiting tailoring tutor at BOVTS in 2017, before becoming full time in 2020. She works along side the second and third year students, advising on the practical aspects of design interpretation, pattern cutting and construction methods for the costumes they create both for BOVTS shows, and specifically for their tailoring projects.