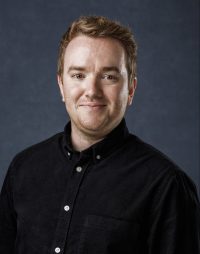 Head of Music and Singing

Jonathan graduated with First-Class Honours from the University of Kent with a BA in English and Drama in 2013. As part of this he spent a year at Penn State University in Pennsylvania specialising in directing.

Since then he has enjoyed varied experience in the arts as a performer, composer, musical director, choir leader and vocal coach. Adding an extra string to his bow, Jonathan undertook the MFA in ‘Professional Voice Studies’ at BOVTS, and wrote his dissertation on how musical ear training could be used with acting students.

Career highlights include teaching Musical Theatre students at Mountview Academy in Peckham, taking his choirs to the legendary Abbey Road studios to record and, backed by the BBC Concert Orchestra, performing a solo in front of 40,000 people at Hyde Park for Proms in the Park. Recently, Jonathan worked as a vocal coach for the CBBC show ‘The Beaker Girls’.

Jonathan is a qualified ‘Estill Master Trainer’ training under the tutelage of West End Vocal Coach, Anne-Marie Speed. This work has equipped Jonathan with precise anatomical and physiological knowledge, which empowers the student with more vocal control and choices. Jonathan’s biggest joy comes from teaching, and he is thrilled to be the Head of Music and Singing. His aim is to work collaboratively with other departments in the school to empower the students to make bold vocal choices. 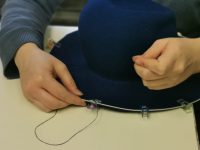