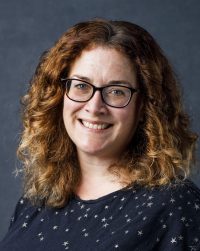 Helen holds a History and Welsh History BA Hons (Cardiff) and a Stage Management and Technical HND (Bristol Old Vic Theatre School).  On leaving BOVTS she worked in stage management at Leicester Haymarket Theatre before moving across to television in 2001.  Initially working as an assistant director largely for the BBC, she moved across to the production department in 2010.  In 2012 she left the BBC and went freelance as a production coordinator then manager in TV drama working on HETV productions such as Broadchurch, Wolf Hall, The Lost Honour of Christopher Jefferies and Poldark, all of which were based in Bristol. Helen is passionate about developing regional talent and returned to BOVTS in July 2021 to be part of training the next generation of theatre, film and television professionals.