The School is delighted to announce that Nimshi Kongolo, a recent graduate of the Professional Acting degree, has been named Best Screen Actor for this year’s prestigious Spotlight Prize and will receive a £2000 award.

Nimshi was one of 20 students nominated from the UK’s leading drama schools, who all competed for this year’s prize. He joins previous Spotlight Prize winners like Jodie Whittaker, Jim Broadbent and Judi Dench. Recent winners have gone on to star in celebrated TV and Film projects like Doctor Who, Outlander, Black Mirror and Game of Thrones. They’ve also performed at The Globe, Donmar Warehouse, and the National Theatre, and have been cast members of the RSC and the Kenneth Branagh Theatre Company.

Nimshi commented, “Absolute madness, I don’t really know what to say. This feels like a mad privilege. Big thank you to everyone at Spotlight for their votes of confidence. Big love to all those down my end who’ve helped me get here!” 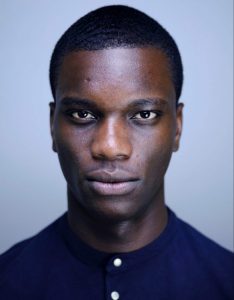 The culture at BOVTS is encouraging, respectful, welcoming and empowering; the environment and buildings are beautiful and I found Bristol to be one of the most wonderful cities in which to spend summer! Lindy Yeates, Foundation Course Student