Originally educated in film and photography at the University of Westminster in London, Jean has progressed to management roles in broadcast and digital media platforms at the likes of BBC Studios, WarnerMedia, Walt Disney, Sony Music and other major entertainment companies. Her passion for visual arts and theatre has led her to retrain as a scenic artist. Previous credits as scenic artist include; Earthquakes in London (Bristol Old Vic), The Snow Queen (Redgrave Theatre Bristol), The Laramie Project (Bristol Old Vic), and as supervising scenic artist on Her Naked Skin (Circomedia Bristol). Jean’s previous career experience has also provided her extensive technical knowledge in digital film, video, and the photographic arts. The MA Scenic Art course complements, and has added to, her skillset which she hopes to develop further within theatre, film/television and animation. 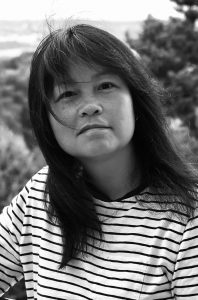