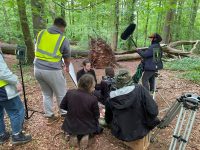 This intensive beginners course is 100% practical and focuses on how to produce believable work in front of a camera. Taking place over five days, you will learn how to work with text and explore how to apply your acting work within a film production environment. This course features teaching given to actors in the school’s BA(Hons) and Master’s programs. 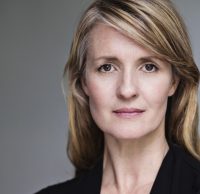 Katy Carmichael is an experienced actress and director most know as Twist from the BAFTA nominated Spaces, Lucy Barlow in Coronation Street and for regular roles in Waterloo Road and Casualty. She has worked in almost every genre of television and film over the years, from dramas, to cop shows and comedy. On stage she has played opposite Steven Berkoff, toured internationally with Kneehigh and performed at leading theatres throughout the UK including the Liverpool Everyman, Bristol Old Vic and Manchester Exchange. She is artistic director of Theatre Damfino and Table of Delights , whose award winning productions have toured from Bristol Old Vic to New York. She teaches regularly at Bristol Old Vic Theatre School, Bristol School of Acting, BFI Young Peoples Academy, The Actors Workshop and is often on the audition panel for National Youth Theatre.