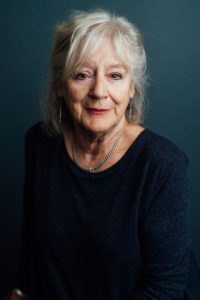 Maggie graduated from Professional Acting in 1960s and has gone on to have a long and successful career on both stage and screen.

In 2017 Maggie joined the cast of Eastenders, and most recently appeared in Paddington 2.

Steed was also active in the Campaign Against Racism in the Media. She appeared in an edition of the BBC’s Open Door series on 1 March 1979 (with Stuart Hall) entitled “It Ain’t Half Racist, Mum”, criticising British television’s discussion and representation of immigration and racial stereotypes.[2]

She helped write and perform in the comedy benefit concert An Evening for Nicaragua, at the Shaftesbury Theatre, which was shown on British television in 1983.