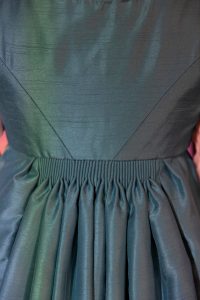 Graduating with a BA (Hons), Albert completed his degree year researching and developing methods and techniques in costume for Ballet and Dancewear, specialising in Tutu Making and Stretchwear. Albert would like to work professionally in this field to further his skills. Workroom experience credits include Royal Opera House, Netflix, Bristol Costume Services, Scratchworks Theatre Company, and The Soapbox Children’s Theatre. 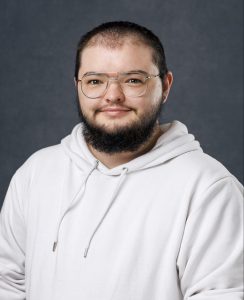 BA (Hons) Costume Interpretation. Dutchess satin ballet tutu bodice, featuring HTV iron on decals and hot fix crystals. Removable bones and stretch lycra inserts follow research into practical adaptations for bodice’s design and requirements when moving for a dancer. The garment was drafted on the stand before several fittings to successfully find the best cut for the dancer and the best shape for the design. 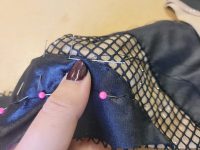 Costume Maker ‘Pride and Prejudice’ (The Mount Without)

BA (Hons) Costume Interpretation, Inspired by the designs from Yuiko Sagiri. This full length catsuit and skirt demonstrates a range of stretch wear skills from through three years of study and further exploration into dance and sportswear, including pattern drafting and hand sewing techniques to create this bespoke garment.